A Church Is Not Just a Building

A Church Is Not Just a Building 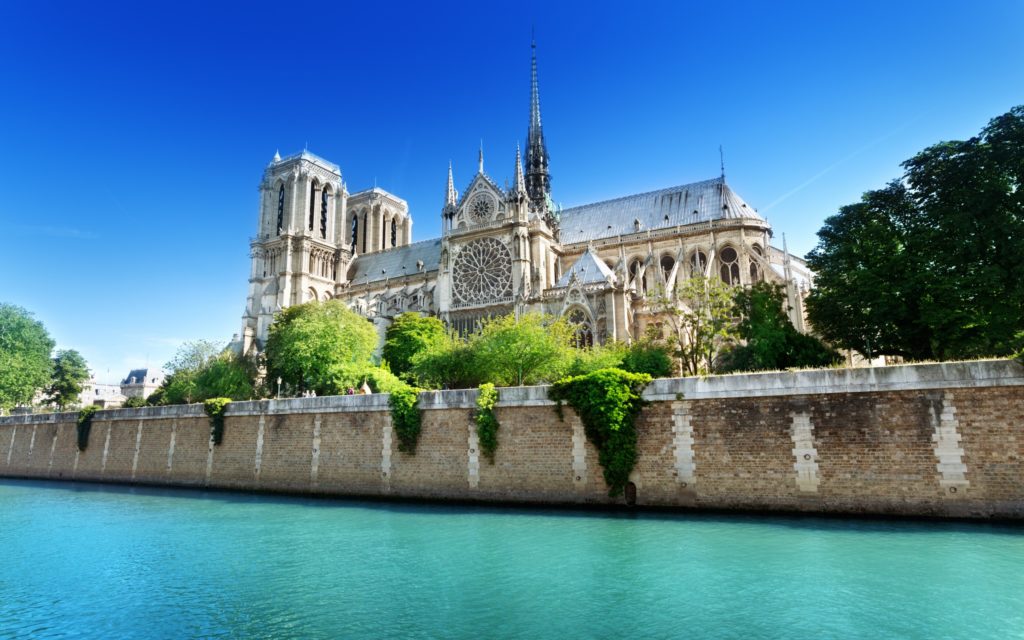 On April 15, 2019, I, along with millions of others around the world, watched Notre Dame Cathedral de Paris burn. The fire was started by accident as a result of a restoration project, not arson or an act of terrorism. In the USA, the news coverage went on for many hours, preempting regularly scheduled programming. When the iconic spire collapsed, you could hear the gasps and moans from the crowds below the majestic structure.

As the fire continued, the crowds outside “Our Lady”, as the French call her, grew and grew and grew. They held hands, lit candles, and began to sing. Why did a burning building cause strangers to unite in a common cause? After all, no one died in the fire, no one was even seriously injured. It was just a building on fire. Or was it something more? Is a church just a building, even a magnificent building like Notre Dame? Is a church, by its very nature, something much more?

Churches were intended to be structures where people would gather in reverence to God. The reason they were big and beautiful is because they were supposed to create a feeling of bringing one closer to God. Where did we go wrong? When did churches become just buildings? Many new churches are now platforms for people to deliver empty sales pitches and self-serving propaganda. When did churches become a place to commit murder or carry out a hate crime?

Within 24 hours of the Notre Dame fire, over 500 million dollars had been pledged to rebuild her and within just one more day, that number reached almost one billion dollars. Even here in the USA over 100 GoFundMe campaigns have been started to collect donations. In fact, so much money has been collected and pledged, some have speculated Notre Dame will end up with a huge surplus of funds.

Notre Dame is a Catholic church. France is primarily a Catholic country, yet less than 10% of the population actually attends services each week. France has some of the lowest numbers of church attendees. Most of the people who visit Notre Dame are simply touring the building in appreciation of the artistry. Approximately 100 times more tourists (13 million per year) visit Notre Dame than do parishioners. So why, were so many people touched by the destruction of this landmark? And why, are so many people willing to step up and donate massive amounts of funds to rebuild the church?

A billion dollars would go a long way to end hunger, illness and suffering. Why, as a society, do we place more importance on a building than our own people? Would the same people who are going to fund the rebuilding of the church ever have considered donating that much money to build affordable housing, hospitals, or homeless shelters? Sadly, probably not. Why does it take a tragic fire for the super wealthy to decide to donate some of their wealth to a cause they deem worthy? Why do they care more about a building than their own people?

I visited Notre Dame as a young girl. It is an awe-inspiring work of art. If you have a soft spot in your heart for majestic churches or simply magnificent architecture, it is certainly among the most impressive churches on planet Earth. In today’s society of “throw up a cheap structure as quickly as possible”, it is difficult to imagine the painstaking work and number of artisans it took to build Notre Dame, especially in light of the fact the workers did not have the advantage of modern machinery, instruments, technology or materials.

It saddened me to watch Notre Dame burn. It was inspiring to watch so many people gather together peacefully and pay their respects to her. It shocked me to see how quickly the funds were donated to begin the rebuilding process. It saddened me to think I’ve never seen that type of money raised for a human cause. I guess that is a sign of the times.

Here are some additional articles and information about the fire and subsequent donations:

Notre-Dame fire: Has too much money been given to rebuild it?